The Passion of Jean-Michel Basquiat 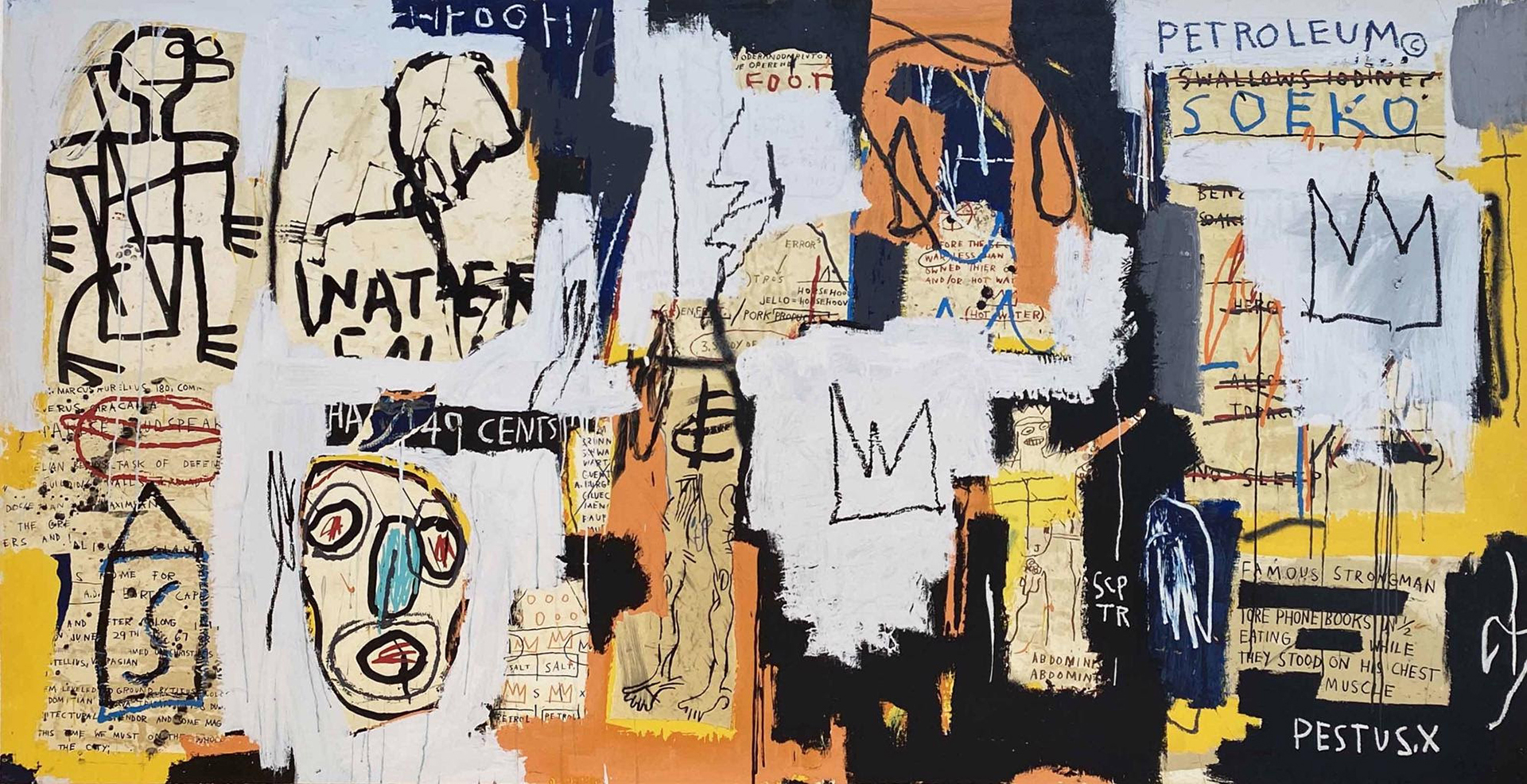 “I don’t think about art when I’m working. I try to think about life.”— Jean-Michel Basquiat

More than perhaps any other artist of the 20th century, the art of Jean-Michel Basquiat continues to burn with urgency. It remains relevant, vital, undiminished by the decades since his passing. His life, though brief, encompassed the full arc of an artist who was vividly alive and embedded in the cultural moment. But like all masters, his work transformed the timely into the timeless.

He went from outlaw street artist to the darling of New York’s galleries. He crossed paths with the famous — selling his first painting to Deborah Harry of Blondie, dating Madonna, and working with none other than Andy Warhol.

But at the age of 27, he was dead. The work, however, lives on to this day. And his acceptance at the highest levels of the art world continues to grow. In 2017, his 1982 painting Untitled sold at a Sotheby’s auction for $110.5 million — one of the highest ever prices for a painting.

Basquiat’s place in the pantheon of great artists is firmly set. And if we take a look at his extraordinary life, we find the roots of his powerful themes and style. He interrogated the major questions of American life: race and class. But he did so with an exuberance and emotional power that few have ever attained.

Basquiat’s family lived in Park Slope, Brooklyn. His father was a Haitian immigrant; his mother, a lifelong Brooklynite. Basquiat’s love of art is no doubt due to the influence of his mother Matilde. She exposed him to the amazing works on offer in New York City, and she encouraged him to explore creativity.

While only seven, Basquiat was severely injured when a car hit him in the street. While recovering in the hospital, Matilde gave him an edition of Gray’s Anatomy. The classic medical text was filled with in-depth illustrations of the human body — an influence that would go on to impact his career.

As a teenager, Basquiat befriended Al Diaz at school, and the two set out to become graffiti artists. The year was 1978. They tagged all around Lower Manhattan under the mysterious name of SAMO. Their style included poetic verse and tongue-in-cheek sloganeering. The duo gained local press and their reputation grew.

But by 1980, Diaz and Basquiat no longer wanted to work together, and the famous phrase “SAMO IS DEAD” could be found throughout SoHo.

It was that same year that the young artist began showing his work in galleries. The next year, he made his first sale. Blondie’s lead singer Deborah Harry bought the painting Cadillac Moon for $200. And at 22, he became the youngest artist to appear in the Whitney Biennial. The outlaw artist was beginning to enter the art world at large, and it would never be the same again.

Long before they built a friendship, Basquiat met Andy Warhol in SoHo. Basquiat was still a teenager, and he was selling postcards he’d made. Seeing the celebrity artist, Basquiat introduced himself and sold the postcard Stupid Games, Bad Ideas to Warhol.

But years later, in 1982, gallerist Bruno Bischofberger formally introduced the two. After the meeting, Basquiat immediately painted Dos Cabezas, depicting their encounter. Warhol was overwhelmed, and they began their friendship.

Basquiat even moved to a Warhol-owned loft on Great Jones Street. This closeness began years of collaboration between the two. Some of these collaborations were shown in the exhibit Paintings. Negative critical reception and derogatory remarks made about Basquiat created tremendous strain in their relationship.

The End of an Incredible Life

Andy Warhol died in early 1987. The loss of his friend struck Basquiat deeply and he began using heroin more heavily, withdrawing from social life, though he continued to exhibit widely.

He kicked heroin for a bit, even proclaiming to Keith Haring that he’d finally gotten sober for good. But he tragically relapsed, and on August 12th, 1988, he was found unresponsive in his home on Great Jones Street. He died, leaving behind so many masterpieces from his brief but prolific career.

Basquiat’s work brings in many elements that live together on a single canvas. Text and image collages in bright colors and vibrant designs. He continually returned to Grey’s Anatomy for source material, a nod to his mother Matilde and the world of art she opened up for her son.

Many of his paintings that focus on human anatomy include skulls and heads. These often refer to the designs on African masks and various rites of Haitian Vodou — as in Red Skull (1982). Because his process allowed for so much freedom and discovery, the inventiveness of Basquiat’s canvases are striking. They continue to resonate and burst off the surface.

His favorite themes often include a social consciousness, uncommon for artists working in the 1980s. He also brought in many visual and thematic cues from his own heritage — incorporating both the Spanish language and many experiences and designs from Haiti. These all mix together in an artist who is thoroughly a New Yorker, bringing an urban sensibility to it all.

While Basquiat was well known in the art world by the end of his life, his impact and presence has only grown since his death. We continue to find in his work messages that resonate with our present moment. It is as if he reached through to some deeper truth, and we are only just beginning to understand all he had to say.

Are you interested in the artwork of Jean-Michel Basquiat but don’t know where to begin collecting it? We can help you find what you’re looking for! Henry on Pop Art is an art advisory service that makes it easy to find and purchase Contemporary Blue Chip and Pop Art. Own a piece of modern history — Learn How