The Emotional Power of Art 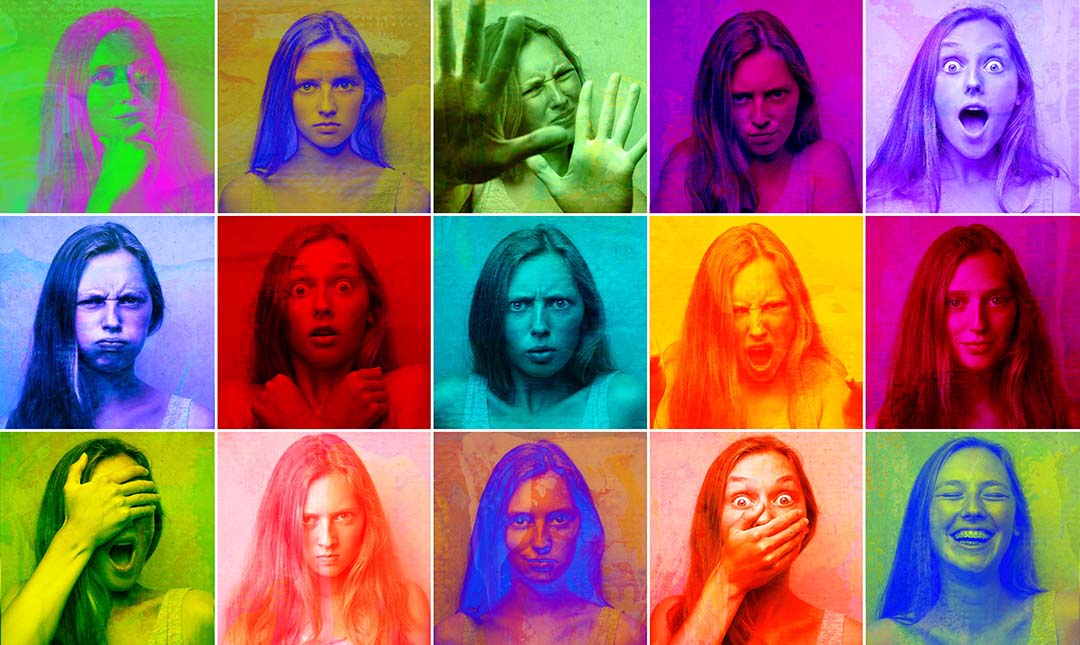 “Art can save us… Art has the power to render sorrow beautiful, make loneliness a shared experience and transform despair into hope. The magic of all art is the ability to both capture our pain and deliver us from it at the same time.” ~ Brené Brown

Art saves lives. That of the artist and that of the viewer. Art serves as a vital creative release for the artistic being whose need to create is as strong as the need to breathe. The viewer may feel deeply alone and misunderstood until they encounter a particular work of art that suddenly articulates the inarticulate… they feel Seen. And a little less alone. A work of art has healed a piece of their souls: the one who created it in the act of creation, and the one who experienced it and was forever touched or inspired by it.

“There must be something about art… almost all cultures have done art. It’s a refining of the senses, which are there to keep us alive. As far as we know, no other animals do that.” ~ Roy Lichtenstein

Throughout the centuries, artists have struggled with and/or embraced the specter or blessing of being alone. Some have felt outcast by society or by tragic world circumstance, and others prefer to create in the bliss of solitude. Whether an artist is sociable or not, the eventual outcome is the lone encounter of artist and blank canvas.

The following are some legendary artists who have wrestled with their own demons and have expressed themselves so eloquently and with such humanity that their art lives on throughout history as testimony of the courage and empathy of the human spirit.

The brilliant painter of the famous painting “The Scream,” a masterpiece of isolation, Edvard Munch captures the agony and despair that characterized his life and work. Munch often found himself isolated from society, due in part to a long history of mental illness and poor health in his family. This feeling of isolation is reflected in his compositions, which feature painfully detached individuals or groups who are alone in the company of other people.

Munch’s “The Scream” is one of the most famous paintings of the Modernist period. The painting depicts a figure whose face is contorted in an agonized scream. The background is a bleak and desolate landscape. The figure is isolated and alone, seemingly cut off from the world around him.

In 1908, after a bout of alcoholism and breakdowns, he was admitted to a mental health clinic in Denmark. He once said, “I can not get rid of my illnesses, for there is a lot in my art that exists only because of them.”

His work continues to speak volumes on the current situation of an individual facing uncertainty in our rapidly changing world.

His cool, contemporary command of the visual language of loneliness is sublime. Of his cinematic masterpiece “Nighthawks” Edward Hopper recollected, “…unconsciously, probably, I was painting the loneliness of a large city.” Within the glass bubble of the all-night diner, surrounded by shadowy streets, four figures are illuminated by the interior electric glow and collectively evoke a powerful tableau of urban isolation. “I probably am a lonely one…” said Hopper. His work captures so many isolated beings in empty rooms, windows and shadowed halls with such empathy that one cannot help but feel comforted by his compassionate, poetic translation.

Although surrounded in his heyday by the glitterati and icons of the art world, Andy Warhol always considered himself a loner.

“As soon as I became a loner in my own mind, that’s when I got what you might call a “following.”… As soon as you stop wanting something you get it. I’ve found that to be absolutely axiomatic.”- Andy Warhol

Growing up, he was extremely shy with bad skin. Plagued by bullies and losing all his hair in his twenties, he instinctively knew that he needed to work with his eccentricities to not only create extraordinary art, but to recreate himself into something extraordinary. Hence the makeup, his inimitable style and his striking, obvious wigs. After being declared clinically dead for over a minute after being shot by a deranged member of his entourage, Andy isolated himself even more from the quixotic, strange and obviously dangerous crowd he used to collect at the Factory. He used the camera as another tool to observe life from a distance. His films and art emanate a voyeuristic sensibility that again touch upon his essential loneliness, even at the height of his fame. The scintillating show he created around himself would always reveal the barren truth that there was a deep fear of true intimacy…a primal fear that haunts us all.

In great art, there lies magic. Andy Warhol’s true genius was in revealing the extraordinary within the ordinary and holding it up for us all to rediscover within ourselves.

Yayoi Kusama was born in Matsumoto, Nagano on March 22nd, 1929. Her merchant family owned a successful nursery and seed farm, but she quickly found her calling outside of the family business. She drew the plants around her, like the pumpkins that would later inspire her legendary series of sculptures.

At a young age, Kusama was already experiencing vivid hallucinations and her use of repetitive patterns and polka dots eventually served as inspiration for her art. She is also known for her Infinity Rooms, which are mirrored rooms filled with light and art objects. These rooms have become world-famous, and the images of them have been shared endlessly on social media. Kusama has said that she uses art to manage her loneliness, and that she sees it as the antidote to her “illness.” She has said that her overwhelming need to reach into the concept of infinity is what drives her art. And indeed, her work often seems to be about seeking connection in a world that can feel isolating. Whether it’s through the sharing of images on social media or through the direct experience of her Infinity Rooms, Kusama’s art provides a way for us to connect with each other and with the infinite.

Great artists have the phenomenal ability to create unforgettable work that reminds us that we are all ultimately alone in this world…but through their brilliant work, often achieved at great personal sacrifice, they hold up a tender mirror to reveal that we are perhaps even more connected in this mystery called Life than we ever imagined.