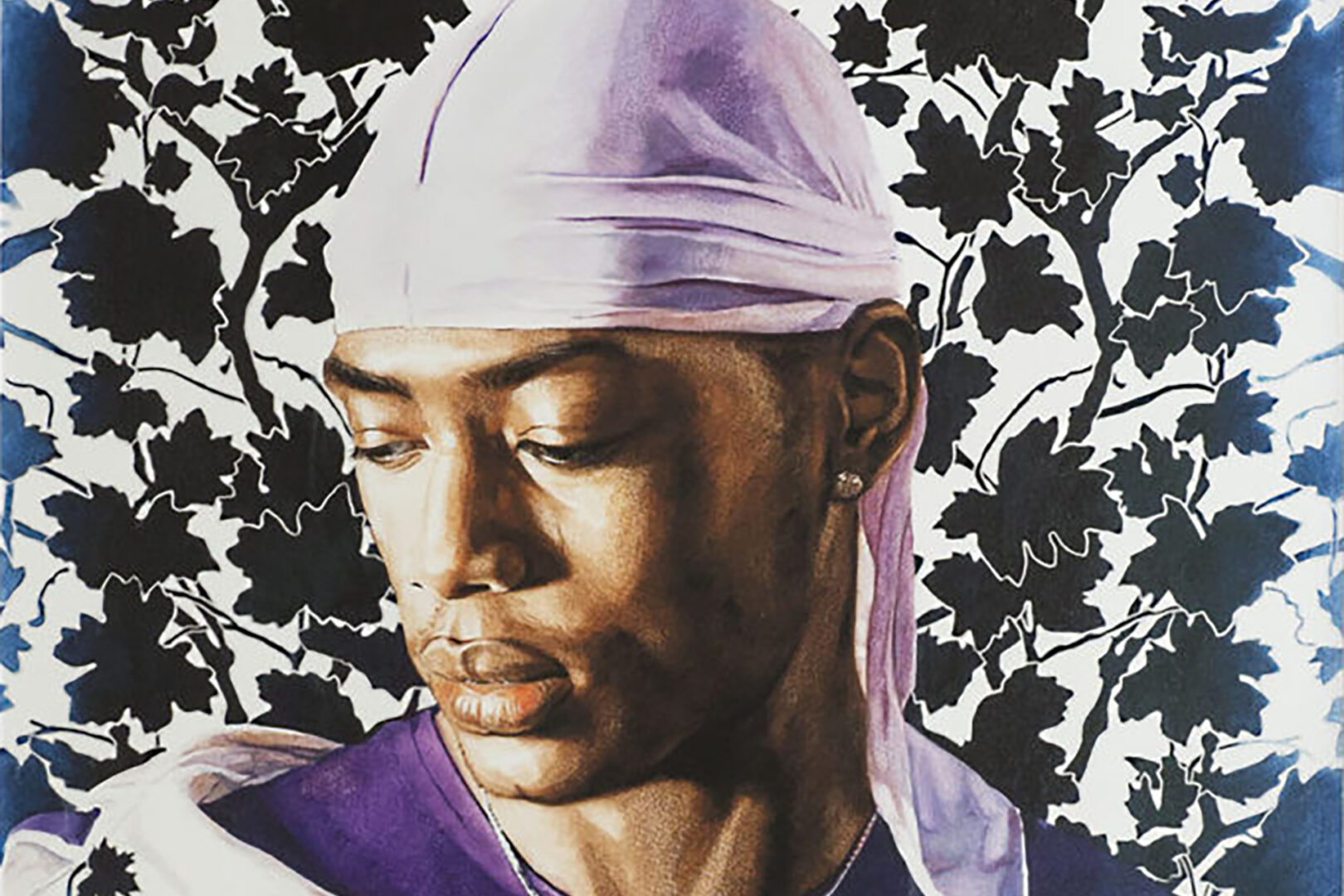 “Everything that I do is a self-portrait, everything I do as a way of assuaging that sense of smallness, insignificant–ness…the sense of being that poor kid from South Central Los Angeles who feels like he doesn’t quite matter as much as all those fancy kids from the fancy schools. You gotta be yourself. You gotta show up giving the world who you really are otherwise no one cares.” Kehinde Wiley from the excellent interview by @friezela.

There’s no mistaking a Kehinde Wiley painting. His portraits are instantly recognizable, thanks to his unique use of striking colors, choice of subject, extraordinary technique and gorgeous backgrounds. Wiley is a portrait master, and his paintings are highly sought after by art collectors around the world. In this article, we’ll explore the life and work of Kehinde Wiley, one of the most brilliant artists of our time.

Kehinde Wiley was born in Los Angeles, California on February 28th, 1977, son of a single mother with six kids. He grew up in South Central during the 1980s and 1990s – a decade that saw some of the most violent riots in American history. Through her passion for education, Kehinde’s mother encouraged him at 11 years old to take art classes at the conservatory at California State University, and then travel across the world to attend a sponsored art program for six months in Russia a year later.

“She wanted us to stay away from gang culture; the sense that most of my peers would end up either dead or in prison was a very real thing. So we were on buses doing five-hour round trips every weekend to go study art. That was a huge pain in the ass. My brother ended up in love with medicine and literature and business – he’s in real estate and finance now. But me, I really got the art bug.” ~ Kehinde Wiley

He was hugely influenced by legendary portraits, like Thomas Gainsborough’s “Blue Boy” at The Huntington: the clothing, colors, props, stance…many themes that eventually emerged with his own signature style in his original portraits. After graduating from the Los Angeles County High School of the Arts, he earned a BFA at the San Francisco Art Institute. He returned to New York in 1999, eventually receiving his MFA from the prestigious Yale School of Art.

Wiley’s work is heavily influenced by renowned British textile designer William Morris. Kehinde adapted the lush, vibrant designs and introduced his own versions of patterned elegance and chaos. Morris believed that art should be accessible to everyone, and that it should be used to beautify everyday life. This philosophy has had a profound impact on Wiley, who often uses ordinary people as his subjects. Deeply influenced by historic master portraitists, Titian, Ingres and Reynolds, by depicting everyday people in his paintings, Wiley celebrates the resilience of individuals who have been marginalized by society, often by portraying them in the heroic mode of traditional, classic European portraiture.

“What I wanted to do was to create work that allowed for people on the periphery to participate in the language of power, people who don’t oftentimes get celebrated now on the great walls of the great museums throughout the world. I think what I’m trying to arrive at is an economy of grace.”

Kehinde Wiley is one of the most exciting painters working today. As a gay, black artist, Kehinde Wiley is a painter who is shaking up the traditional portrait scene with his vibrant, politically charged portrayals of young African American men. His naturalistic portraits often feature dramatic flowery backgrounds, and challenge viewers’ notions of black masculinity in America. His portraits are sublime collages of modern culture and the Old Masters. Incorporating a range of vernaculars, from French Rococo to contemporary urban landscapes, Wiley’s work evolves the concept of the “master painter.” His paintings are vibrant, colorful and often adorned with ornate gilded frames. Wiley’s exquisite work is currently in some of the most important collections in the world.

“I think that my job as a citizen of the modern world is to make painting alive, to make stuff matter for now, and to see things and people like myself pictured in painting. Ultimately what we want is to be recognized as having mattered, having been on this earth and someone took the time and energy to mark that down.” – Kehinde Wiley

He has more recently diversified into working in film and sculpture. In 2019, Wiley’s “Rumors of War,” a bronze sculpture was commissioned by the Virginia Museum of Fine Arts, unveiled in New York’s Times Square, then permanently installed at the museum. The artist has a powerful take on the traditional, military equestrian form often used for Confederate statues; his sculpture features a different hero, a striking African American man with dreadlocks, torn jeans and high-tops astride the noble horse.

Wiley paints his subjects wearing their own fashion in his portraits as a cultural statement and form of personal expression.

“I’m looking at fashion as culture, fashion as serious business. Where people will oftentimes dress themselves as a form of armor. Fashion is armor in so much as it says something about who we are in the world. It also protects us a bit. My work tries to concentrate on fashion as a conceptual color. It’s yet another color in my palette to tell a story.” ~ Kehinde Wiley

Kehinde Wiley is currently one of the most sought-after artists in the art world. His unique approach to portraiture has made him a favorite of collectors and museums alike, with his paintings and sculpture regularly commanding high prices at auction. If you haven’t had a chance to see his stunning work in person, be sure to pursue the experience… Kehinde is actively making art history today.